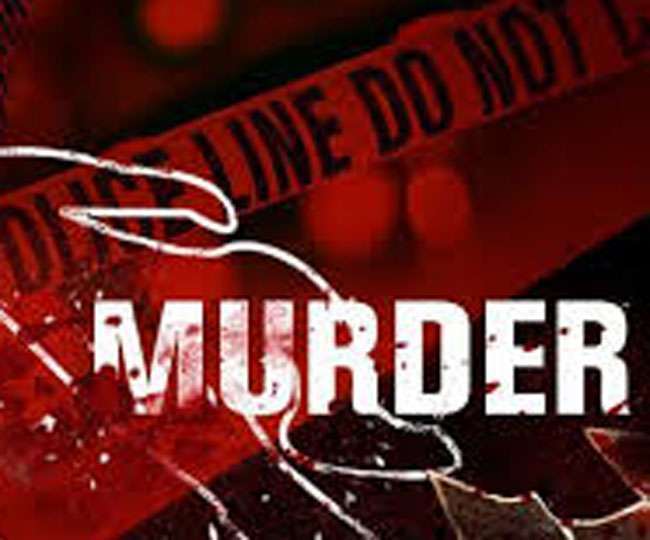 Moradabad. Asif, who lives in Rahmat Nagar street number-eight of Katghar, Moradabad district of Uttar Pradesh, had also fought with his relatives to get the ruby. After killing his wife, he ran away from the house with the children. It is alleged that on Friday midnight, the accused carried out the incident with the help of a relative. The family members burnt the dead body after post-mortem.

Shafiq Ahmed, a resident of street number-2, Karbala, said that on Friday at 12.30 pm, he got information that his daughter Ruby had died. Eight years ago, Ruby had a love marriage with Asif. On information, relatives reached Ruby’s in-laws’ house. The dead body was lying in the house. Husband Asif and Ruby’s three children were not at home. Asked the people around, but no one was ready to tell anything.

They suspected that Asif might have assaulted her as he had been harassing her for many years. Police also reached the spot and sent Ruby’s body for post-mortem. In the post-mortem report, the cause of Ruby’s death was attributed to liver failure. It is feared that Ruby might have been kicked in the stomach. Inspector-in-Charge RP Sharma said that a case would be registered on receipt of Tahrir from Ruby’s relative.

Asif had entered the house on the pretext of teaching: Asif and Ruby’s love story was very interesting. Nazir Hussain of Ruby’s own family says that eight years ago Asif used to come home to teach Ruby. During this both came close to each other. Both had vowed to live and die together. He insisted on getting married. The relatives of both Asif and Ruby were not ready for marriage. But, even after this, Asif and Ruby got married.