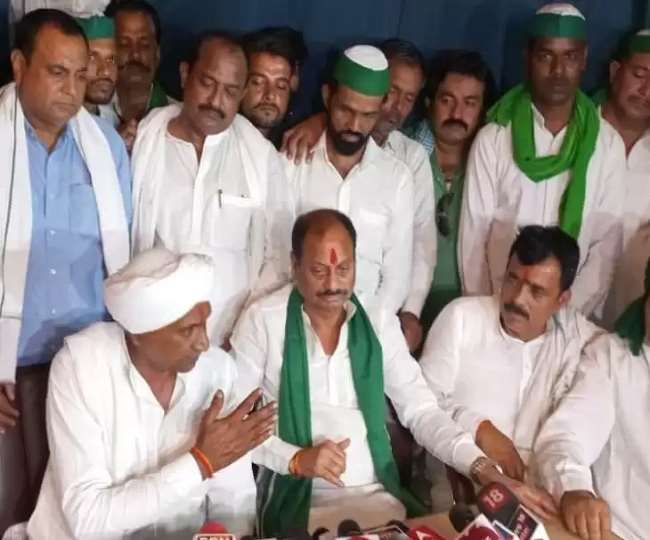 Lucknow. On the 11th death anniversary of late Mahendra Singh Tikait, a big leader of farmers, his family got a big setback in the meeting of the Bharatiya Kisan Union in Lucknow on Sunday. There has been another split in the farmers’ party.

The sons of Mahendra Singh Tikait have suffered a major setback due to another split in the Bharatiya Kisan Union. Rajesh Singh Chauhan, president of Bharatiya Kisan Union Arajnaitik, said in the press conference that Rakesh Tikait and Naresh Tikait are politically motivated. We will not associate with any political party. We are going to follow the path of Mahendra Singh Tikait, we will not go against our principles. Rajesh Singh Chauhan said that I had opposed the joining of both the brothers with any political parties. We said we are apolitical people. Our job is to fight on the problems of the farmer. During this, both the brothers asked us many times to join some party, but we did not join. We were also equal partners in the peasant movement. I have always fought with Rakesh and Naresh Tikait. Even now if the government does not listen, then we will fight the farmers’ fight. We will take forward the mission to Late Mahendra Singh Tikait.

Rajesh Singh Chouhan said that we will now make a new Bharatiya Kisan Union apolitical. The farmer leaders of the country are very angry with every move of Rakesh and Naresh Tikait. We have resolved to raise the problems of farmers at every platform. Instead of talking about the interest of farmers, Naresh Tikait and Rakesh Tikait are caught between some sycophants.