BREAKING NEWS
Home Breaking News 7 ministers got responsibility in UP cabinet, who got which ministry 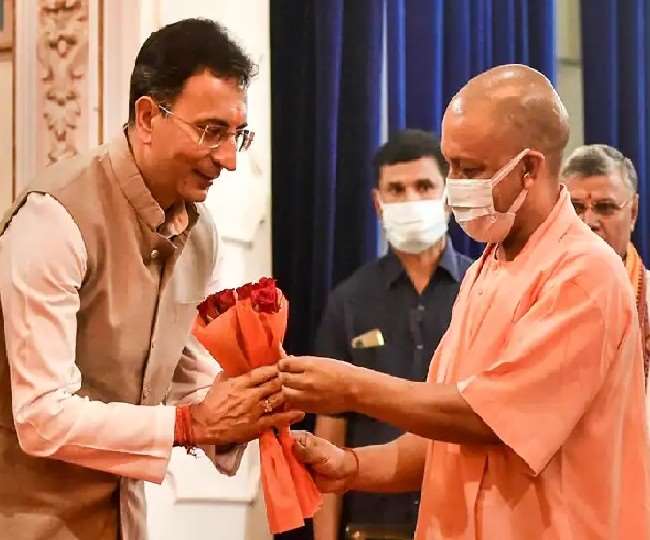 7 ministers got responsibility in UP cabinet, who got which ministry

UP Cabinet: After the second much-awaited cabinet expansion of the Yogi government of Uttar Pradesh, on the second day on Monday, responsibilities were also handed over to seven new ministers. Of these seven, the only cabinet minister, Jitin Prasada, has been made the Minister of Technical Education. Apart from these, Chief Minister Yogi Adityanath himself shared the information about the portfolios allocated to the six state ministers. Also wished everyone a very happy tenure.

After waiting for several months, the second expansion of the Yogi cabinet took place on Sunday. In this, former Union Minister Jitin Prasad, who left the Congress and joined the BJP, was nominated as a member of the Legislative Council and sworn in as a cabinet minister, while maintaining the ethnic-regional balance, six ministers of state were made. Since then, there was a churning going on to distribute the portfolio to the new ministers. The meeting continued till late Sunday night at the Chief Minister’s official residence. After deliberating on this on Monday also, Yogi tweeted on the night and informed that the departments have been distributed to the new members of the cabinet.

Cabinet Minister Jitin Prasada has been made Technical Education Minister. In the Yogi cabinet, earlier this department was with Kamal Rani Varun, who died due to Corona. Since then this department was with the Chief Minister. Paltu Ram has been made Minister of State for Sainik Welfare, Home Guard, Provincial Guard Dal and Civil Defense. The cabinet minister of these departments was Chetan Chauhan. After his death, the CM kept these departments with himself, while there was no minister of state.

Dinesh Khatik has been made Minister of State for Jal Shakti and Flood Control Department, while Baldev Aulakh already has Jal Shakti as Minister of State. Earlier Vijay Kashyap held the revenue and flood control departments. In these departments vacant after his death, revenue has been given to Chhatrapal and flood control to Dinesh Khatik. Efforts have been made that by not curtailing the powers of the Ministers of State already holding the portfolios, new ministers should be accommodated in the vacant departments only.

Chief Minister Yogi Adityanath has tweeted his best wishes to the new ministers. He said that all the new members who joined the Uttar Pradesh cabinet on Sunday have got the responsibility of the departments. I am sure that under the able, experienced and hard working leadership of all of you, the concerned department will touch new heights of development. Best wishes to all of you for a bright tenure.

Now this is the form of Yogi cabinet