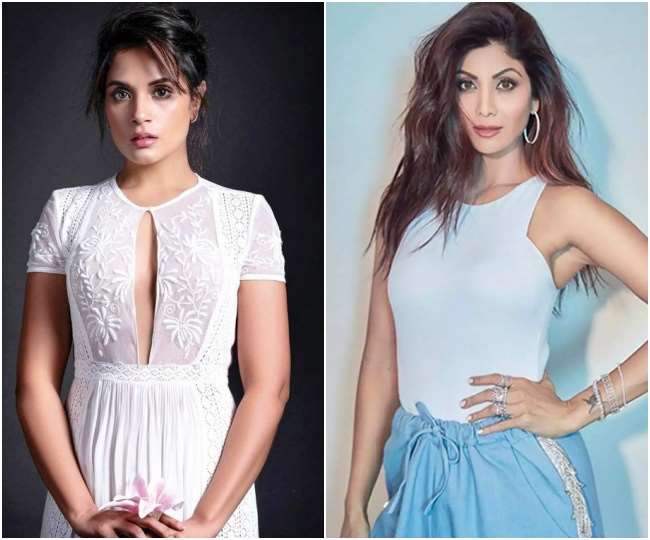 Richa Chadda came out in support of Shilpa Shetty, said- why woman is responsible for man’s mistakes?

New Delhi. Ever since Shilpa Shetty’s husband Raj Kundra was arrested by the Crime Branch of Mumbai Police for allegedly dealing in pornographic films, various questions have been raised on the actress as well. However, the police refused to send summons to Shilpa and till now no evidence was found against her. In this difficult time, no one came from Bollywood with Shilpa until filmmaker Hansal Mehta raised her voice.

Hansal Mehta has tweeted about this entire incident, the director has written that if you are not standing with Shilpa then at least leave her alone, she should be given privacy at this time. After this, actress Richa Chadha has now come out in support of Shilpa.

Richa Chadha tweeted and wrote, ‘We have made it a game that when a man makes a mistake, we start holding the woman in his life responsible for everything. It is good that she is filing a case against them. This reaction of the actress has come after Hansal Mehta’s tweet.

Hansal Mehta has targeted the film industry by tweeting this. The director said- ‘Keeping quiet has become a kind of pattern in this industry, in good times everyone comes together to party and celebrate, but as soon as any person’s bad time starts, then in the whole industry. There is silence and the person is completely isolated. Then it does not matter to anyone what is the truth in the end and what is not.

Let us inform that on July 19, Raj Kundra was arrested. After which his bail appeal has been canceled twice.

Tags: responsible for man's mistakes?Richa Chadda came out in support of Shilpa Shettysaid- why woman is