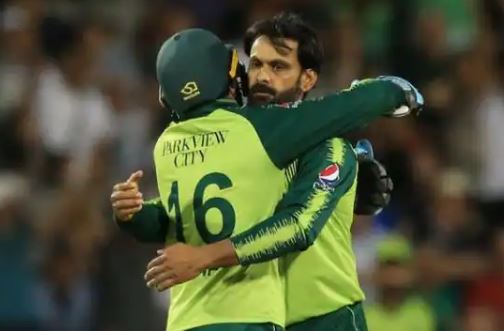 Nicholas Pooran’s half-century was in vain, Pakistan beat Windies by 7 runs in a thrilling match

Captain Babar Azam’s half-century and Mohammad Hafeez’s very economical bowling helped Pakistan beat West Indies by 7 runs in the second T20I. With this win, Pakistan has taken a 1-0 lead in the four-match T20I series. The first match of the series was washed out due to rain. Batting first, Pakistan scored 157 runs for the loss of 8 wickets in 20 overs on the basis of the innings of Babar Azam (51) and Mohammad Rizwan (46). In response, the West Indies team could score only 150 runs for the loss of 4 wickets.

Chasing the target of 158 runs, West Indies had a very poor start and Fletcher became the victim of Mohammad Hafeez without opening the account. After this, Evin Lewis (35) and Chris Gayle (16) added 31 runs for the second wicket, but both the batsmen were seen playing the exact opposite of their style. Wicket-keeper batsman Nicholas Pooran, trying hard to win the team, played a stormy innings of 62 runs in just 33 balls, but he could not win the team. For Pakistan, Hafeez took one wicket for just 6 runs in his 4 overs.

Earlier, batting after losing the toss, both the openers Sharjeel Khan (20) and Mohammad Rizwan (46) gave a good start to the Pakistan team and added 46 runs for the first wicket. After this, Captain Babar, along with Rizwan, added 67 runs for the second wicket and took the team’s score beyond 100. Rizwan remained unlucky and returned to the pavilion after being run out. Babar played a brilliant innings of 51 runs off 40 balls. Jason Holder ends the innings of the Pakistan captain. In the last over, Pakistan team lost wickets at frequent intervals and could only manage 157 runs for the loss of 8 wickets. For the Caribbean team, Jason Holder took four wickets, while Bravo took two wickets.

Tags: Nicholas Pooran's half-century was in vainPakistan beat Windies by 7runs in a thrilling match