BREAKING NEWS
Home Breaking News Sri Lankan team will be rich after winning T20 series against India, will get such a huge amount 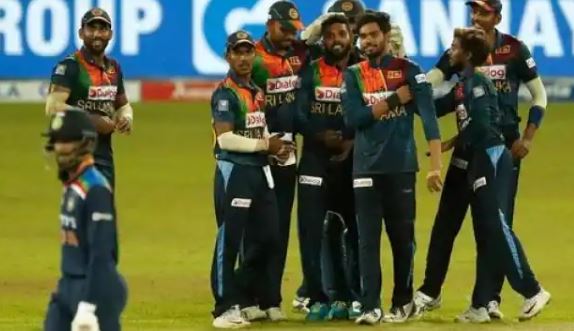 Sri Lankan team will be rich after winning T20 series against India, will get such a huge amount

New Delhi. In its host, the Sri Lankan team defeated India by seven wickets in the third match on Thursday to win the T20 series. Following this big win, Sri Lanka Cricket (SLC) has lashed out at the players and announced a cash prize of $1 lakh for the entire team. In the third match, the fate of Kovid-affected India was given only by the toss, but his decision to bat first was not right and the team could only score 81 runs for eight wickets. The pitch was not favorable to the batsmen, but the Indian bowlers had very little score to defend. Sri Lanka registered an easy victory in 14.3 overs with 82 for three.

“The Executive Committee of Sri Lanka Cricket has highly commended the players, coaches and support staff for this much-needed victory and has decided to award $100,000 (Rs 74.3 lakh) to the national team,” the SLC said in a statement. ‘ Let us tell you that Sri Lanka won the T20 series for the first time against India. Earlier, seven bilateral T20 series were played between the two teams but India emerged as the winner every time. The first T20 series was played between the two teams in 2008.

In this match, the Indian team would have got out on its lowest score, but Kuldeep remained at the crease for 11 overs. This enabled India to play the full 20 overs and exceed their lowest score (74 runs, vs Australia, 2008). This is India’s lowest score in T20 after playing full 20 overs. Only four boundaries were hit from India’s side. In this match, the pitch was helping the spinners a lot and the batsmen had no answer to the bowling balls of Wanindu Hasaranga, who took four wickets for just nine runs on his birthday.

Tags: Sri Lankan team will be rich after winningT20 series against Indiawill get such a huge amount