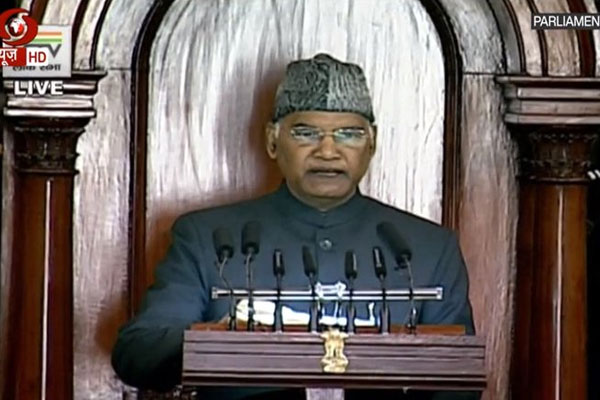 President calls the insult of the tricolor on Republic Day unfortunate

new Delhi. President Ram Nath Kovind has described the incident on Republic Day on January 26 on the Red Fort as unfortunate. President Ramnath Kovind, speaking on the issue during the budget session of Parliament on Friday, appealed to the people to follow the rules of the Constitution. President Ramnath Kovind said, “It is very unfortunate to insult the holy day like Tricolor and Republic Day in the past.” The Constitution which gives us the right to freedom of expression, the same constitution teaches us that law and rule should be followed equally seriously.

President Ram Nath Kovind also talked about several schemes of the central government. He said that under the Pradhan Mantri Jan Arogya Yojana, 1.5 crore poor people in the country got free treatment up to Rs 5 lakh. With this, more than 30 thousand crores rupees of these poor are saved from being spent. We have seen huge benefits of the work done by my government in the last 6 years in the health sector during this corona crisis.

President Ramnath Kovind said, It is a matter of pride for us that today India is running the world’s largest vaccination campaign. Both vaccines of this program are manufactured in India. In this time of crisis, India has provided millions of doses of corona vaccine to many countries while discharging its obligation towards humanity.

President Ramnath Kovind said that the global circumstances created in the Corona period, when every country had its own needs as its priority, reminded us why building a self-sufficient India is so important. If we want to increase our importance, we have to become self-sufficient while reducing our dependence on others.