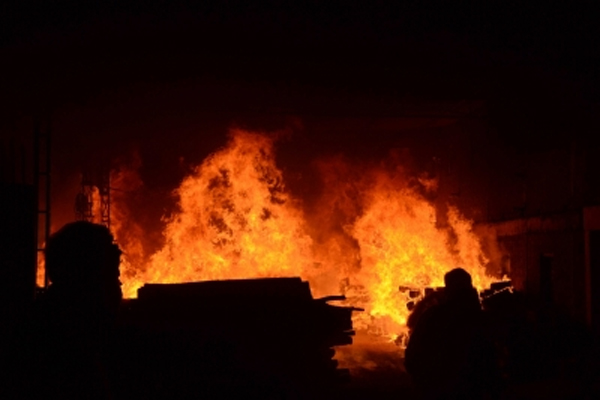 Kanpur . After the death of a woman in a road accident, a police outpost and three dumpers were set ablaze by the mob in Bidhanu area here. This incident is on Thursday night.

Superintendent of Police (Rural) Brijesh Kumar Srivastava said the woman has been identified as 45-year-old Maya Devi, who died of a mud-dumper crush.

The SP said, “The woman was returning from her relative’s house in Coal Nagar area, when a dumper laden with mud pushed her from behind, killing the woman on the spot. As soon as the news of her death Angry crowds spread in the area, set the dumpers on fire and also vandalized the Korea police checkpoint, later also set fire to the outpost. ”

A heavy deployment of police force has been made in the area to control the situation and calm the crowd.

The SP said that those involved in the vandalism would be identified and detained.

The body of the woman has been sent for postmortem and the situation is under control.

According to sources, the delay in reaching the police at the accident site from the nearby Korea Police Outpost enraged people and the situation went out of control.