BREAKING NEWS
Home Breaking News If you have luck, like David Warner… Chahal got three lives in a single over 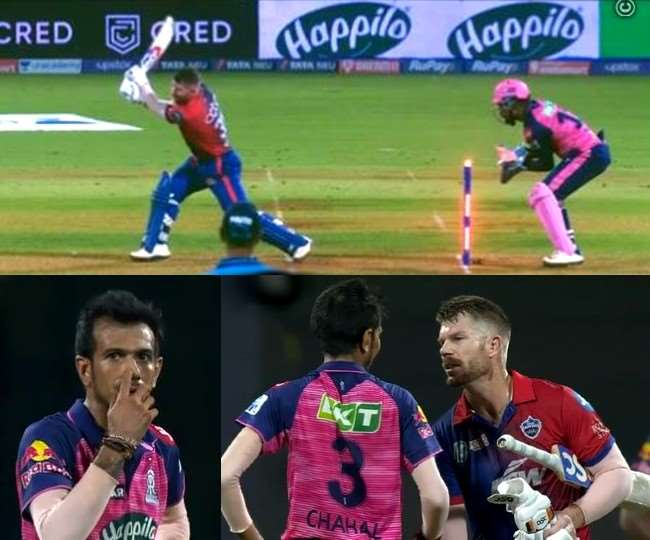 If you have luck, like David Warner… Chahal got three lives in a single over

New Delhi. Delhi Capitals’ game in the 15th season of the Indian Premier League has been full of ups and downs. This season the team has never won two consecutive matches. Continuing a winning and losing streak, the team registered an 8-wicket win over Rajasthan Royals on Wednesday. Mitchell Marsh scored a blistering 89 while David Warner returned unbeaten with a half-century.

After winning the toss in this match, Delhi captain Rishabh Pant chose to bowl first. Rajasthan scored 160 runs for 6 wickets on the basis of R Ashwin’s half-century. In reply, chasing the target, Delhi got a blow in the form of KS Bharat on the second ball itself. After this, Mitchell Marsh, who came on the field, played an innings of 89 runs while hitting sixes. He was dismissed after hitting 7 sixes and 5 fours but only 17 runs were left to win. Captain Pant along with Warner ended the match.

Warner got three lives in one over

Yuzvendra Chahal brought the 9th over of the innings. Warner made a brilliant shot on the first ball, the ball kept coming in the hands of the fielder. After this, Jos Buttler dropped Warner’s catch on the very next ball. The extent was reached when he was clean bowled on the last ball of the over, but due to the fall of the gilli, Chahal could not get the wicket. On this ball, Warner completely dodged the ball of Chahal and the ball hit the stumps and the line was also burnt but the bails did not fall. The commentator said that it is bold, Warner was out but survived.

Warner has batted brilliantly this season. He scored his fifth half-century of the season with an unbeaten 50 against Rajasthan. In this match, he returned after playing an unbeaten innings of 52 runs off 41 balls with the help of 5 fours and 1 six. During this, he played a brilliant match-winning partnership of 144 runs for the second wicket.