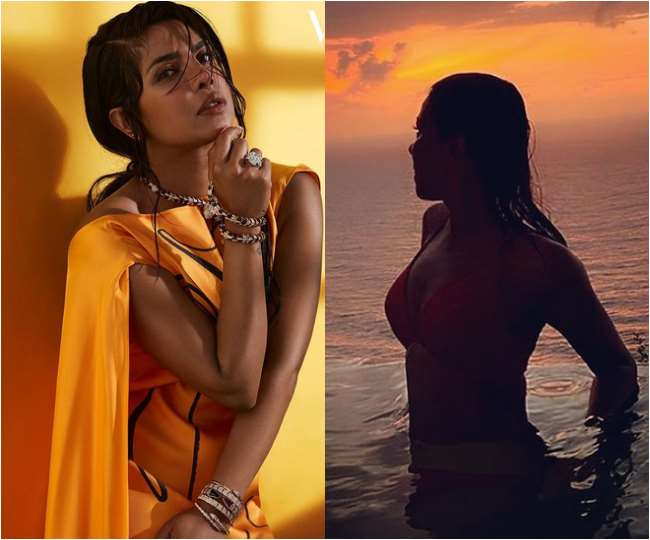 New Delhi. Global star Priyanka Chopra has played the sting of her acting from Bollywood to Hollywood. Today Priyanka has earned her name all over the world. Along with professional life, Priyanka remains in the headlines for her personal life as well. Priyanka is also known for her bold personality in the industry. Priyanka’s fans copy her every style. But do you know that Priyanka Chopra’s manager is no less than anyone in terms of hotness. If you don’t believe me, check out her glamorous pictures here…

Priyanka Chopra’s manager’s name is Anjula Acharya. Anjula is very hot and bold in real life. In look and style, Anjula beats even Bollywood beauties. Anjula is very active on social media along with her work. She blows the senses of the fans by posting her hot and bold pictures.

Priyanka Chopra and Anjula Acharya are often seen together. At the same time, the bonding between the two is not hidden from anyone. At the same time, Anjula often shares pictures with Priyanka on social media. If we talk about Anjula’s dressing sense, then she is no less than Priyanka in this matter too. Anjula often makes headlines by sharing her glamorous pictures. Anjula is a well known personality. He has helped Priyanka get many projects in Hollywood as well.

Let us tell you that recently Priyanka Chopra has shared the first poster of her upcoming film ‘The Matrix Resection’ on her official Instagram account. Priyanka Chopra’s first look is also seen in this poster. Which is also being liked a lot. The audience is eagerly waiting for this film of Priyanka Chopra. In the film, Priyanka will be seen alongside International Stars Keanu Reeves, Carrie-Anne Moss, Jada Pinkett Smith. This is the fourth poster of this film, before this Priyanka was not seen in the shared posters. Due to which there was some sadness in his audience. Priyanka Chopra’s character looks very impressive in this new poster.