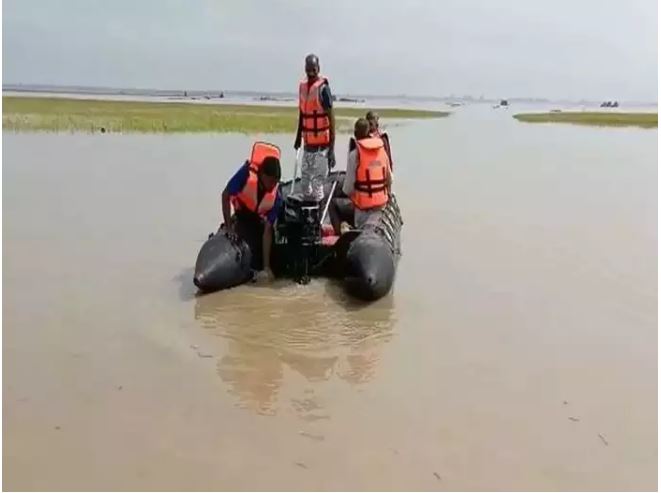 According to the information, on Wednesday morning, about 10 people of Mirzapur village were going to visit their fields across the river by boat. They were trying to pick up the wood floating in the water, when the boat lost its balance and capsized.

Meanwhile, all senior officers are monitoring the rescue operations in the Ghaghra river.

Let us tell you that about five lakh cusecs of water released from Banbasa barrage has wreaked havoc in Lakhimpur Kheri.

Since Tuesday evening, the main road between Palia and Bhira has been flooded and traffic on the road has been closed.

Water has entered several areas of Palia and 15 villages of Dhaurahra have been inundated.