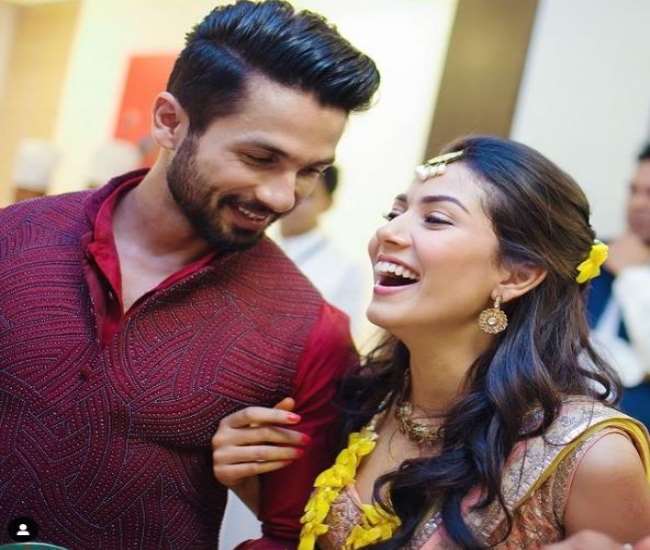 New Delhi. Mira Rajput and Shahid Kapoor are active on social media these days, both often share photos and videos with their fans. Now Mira Rajput has shared a video on her Instagram, in which Shahid Kapoor is seen playing carrom.

This video was shared by Meera on her Instagram on Wednesday. Actor Shahid Kapoor’s face is not visible in the video. It can be seen in the video that the trio takes their short turns in their respective turns but actor Shadik Kapoor manages to take the queen and cover. Sharing this Pro-League video on Instagram, Mira Rajput Kapoor tagged mother Neelima Azim and the actor’s younger brother Ishaan Khatter and wrote the caption, ‘Queen and cover with Pro Shahid Kapoor.’ Pro-League is on.

His fans are very fond of the video on social media. The video has been liked by thousands of people on Instagram so far. Also giving your feedback by commenting.

Recently, he shared a picture of son Zain Kapoor on his social media handle, in which he was looking very cute in traditional dress kurta pajama. This photo of Jain was shared by fashion designer Kunal Rawal on his Instagram and Meera took the same photo to screen short on her official Insta. Shared the story.

Let us tell you that Shahid Kapoor and Mira Rajput tied the knot in a private ceremony on July 7, 2015. Meera gave birth to daughter Misha in 2016 and son Zain in 2018. She often shares pictures of her children and their activities on social media.

If we talk about Shahid Kapoor’s workfront, then he is going to be seen in the film ‘Jersey’ directed by Gautham Tinnanuri. This film is a Hindi remake of the Telugu movie ‘Jersey’. Shahid Kapoor is playing the role of a cricketer in this film. Who starts playing cricket with the dream of playing in the Indian team. Apart from Shahid Kapoor, Mrunal Thakur and Pankaj Kapoor are also playing important roles in the film. This film can be released on Diwali this year.