BREAKING NEWS
Home Breaking News The wife was stabbed with the ax, and the husband was strangled; The bodies of both were found in the verandah of the house 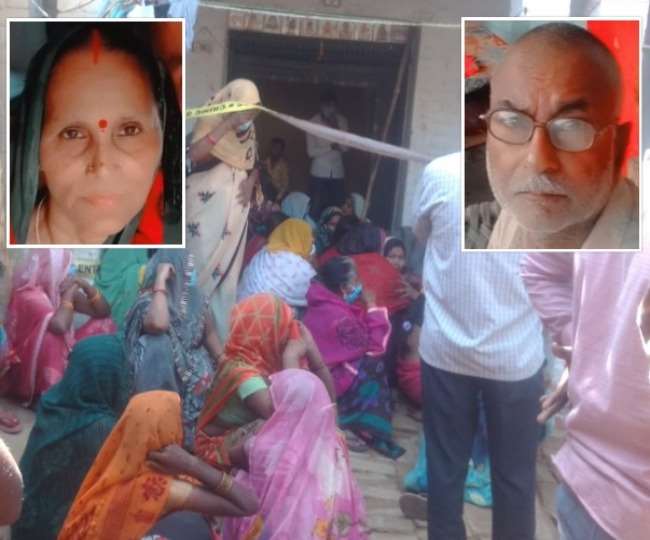 The wife was stabbed with the ax, and the husband was strangled; The bodies of both were found in the verandah of the house

Rae Bareli The elderly couple sleeping in the verandah of the house were killed on Thursday night in Deodani village of Bhadokhar police station area. The woman was murdered with an ax, while her husband was strangled with a rope. The Superintendent of Police, who arrived on the spot, inspected the scene. Said that teams have been deployed, the incident will be ruled soon.

The residents of the village, Gopi Shankar Tiwari (70) and his wife Nirmala (65) were sleeping in the verandah on the exterior of the house after having dinner. The body of both was found in the morning. Gopi Shankar’s body was lying near Charhi, located some distance from the house. Seeing the mark on his neck, it is feared that he was strangled with a rope. Nirmala’s body was found on the bed. His throat has been sanded with sharp weapons. When his family woke up in the morning, he came to know about the double murder. After this, the police was informed. SP Shlok Kumar, ASP Vishwajit Srivastava reached the spot. Officers closely reviewed the scene of the incident.

The reason behind the incident is not known yet. There are various types of discussions in the village. Gopi Shankar was supporting any candidate in the panchayat elections. Therefore, people are also linking the incident to electoral rivalry, while some people are also giving other reasons.