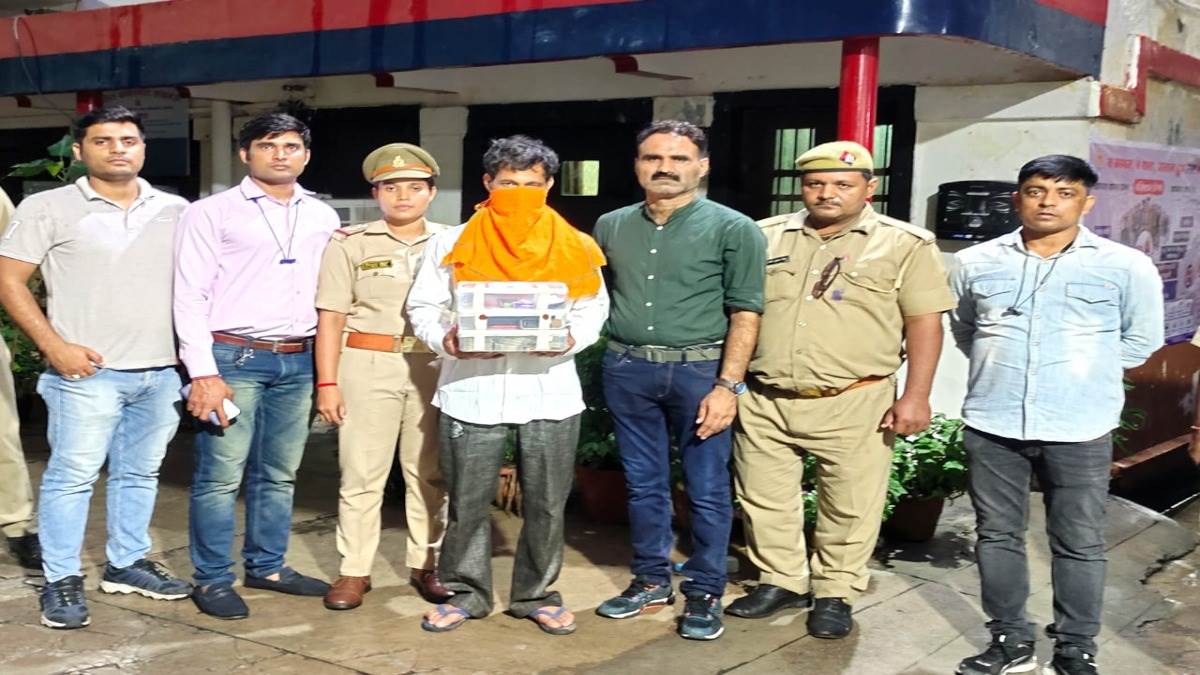 Lucknow. If the advocacy did not work, then advocate Vishnushankar Gupta living in Nawabganj, Kanpur, pretending to be a judge, started cheating women by pretending to get married. Divorced and widowed women used to live on Vishnushankar’s target. He made friends by calling on the number of divorced and widowed women in the newspapers, calling himself a judge, after seeing advertisements for remarriage.

He used to extort lakhs of rupees from her on the pretext of marriage. After that the mobile would be switched off. The team of Cyber ​​Crime Cell arrested the accused Vishnushankar on Wednesday and sent him to jail. Vishnushankar cheated by implicating about 20 women. Four lakh rupees, jewelery and seal of government office etc. have been recovered from him. This information was given by DCP Central Aparna Rajat Kaushik.

44 lakh rupees and jewelry: Cybercrime cell in-charge Ranjit Rai told that a case was registered against the accused in the month of January. Seeing the advertisement, a female widow had implicated her by pretending to be a judge. After that they started dating. Taking him in confidence took him to the hotel. Where did you rape? By showing dreams of future planning, jewelery worth Rs 44 lakhs and about five lakhs were stolen at times.

After that switched off the mobile and fled. On the complaint of the victim, an advertisement of fake marriage was given by giving some numbers to catch the accused. Accused Vishnushankar again called one or two women and started talking on the hoax. With the help of Inspector Shishir Yadav, constable Akhilesh Patel, Hari Kishore and others, the accused was arrested.