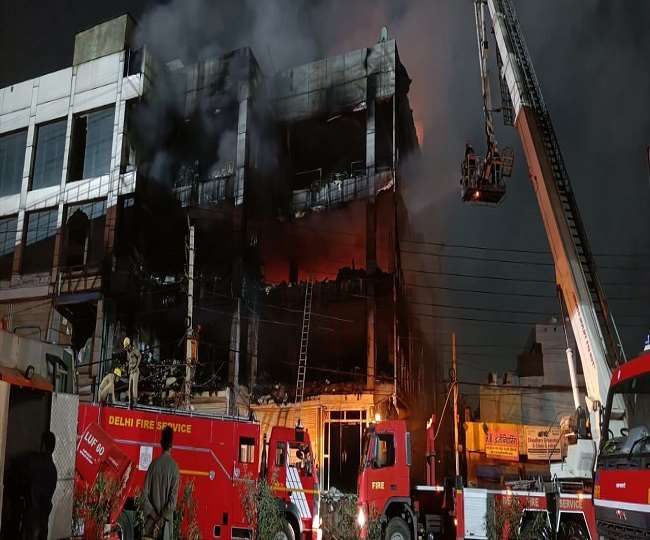 Fire breaks out in electronic goods warehouse in Delhi’s Mundka, 27 dead so far

New Delhi: Delhiites got a bad news on Friday. 27 people died in a fire that broke out at an electronic warehouse in Mundka area. According to the information given by Sunil Choudhary, Deputy Chief Fire Officer, Delhi Fire Services, the fire fighting work has been completed at the spot. But the rescue operation is still on, considering the vastness of the area, the rescue operation is likely to take time. Also, it is feared that the death toll in this incident may increase.

where is the fire

The fire broke out near metro pillar number 544 in Mundka area. The cause of the fire is not yet known. As soon as the fire started, people informed the fire department, after which more than 20 fire tenders reached the spot and started trying to control the fire.

There was chaos for a while due to the fire. According to the latest information, 27 bodies have been recovered from the second floor of the building. Hundreds of people gathered outside the building. Everyone is searching for their respective relatives.

Those who got more burns in the incident. Those people have been taken to Sanjay Gandhi Hospital after making a green corridor. The power has been cut in view of the rescue work on the spot. The rescue work is still on.

There is a crowd of people outside

After the incident, the relatives of the people working here are gathering information about their people. People are calling their relatives to know whether they are alive or not. It is getting difficult for the police to convince people. According to eyewitnesses, most of those who are not being traced are women. Several ambulances of CATs have been deployed at the spot.

Deputy Chief Fire Officer Sunil Chaudhary says that the work of extinguishing the fire is over recently. After this the cooling process will start. After the cooling is over, the search operation will be carried out. According to them, only one body has been recovered so far. Some people tried to save their lives by jumping off the building before firefighters arrived, who have been sent to the hospital. Nothing can be said about the deceased or injured only after the search operation.