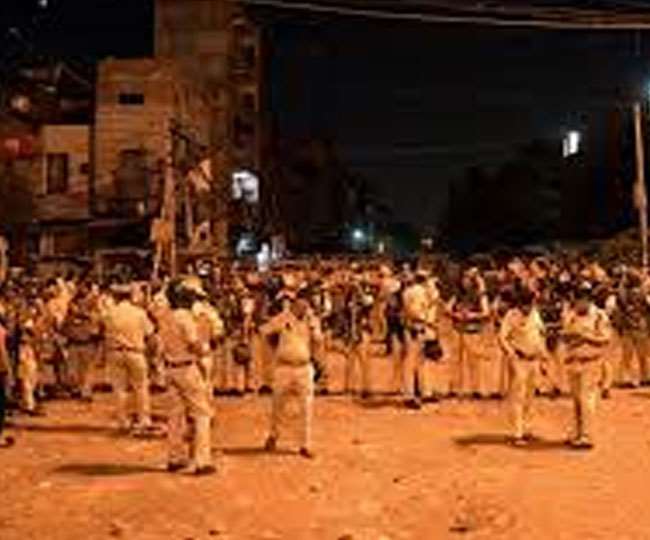 New Delhi. Jahangirpuri Riot News: Violence that erupted after stone pelting procession on Hanuman Janmotsav in Jahangirpuri, capital Delhi has been brought under control. There was no disturbance on Sunday. Tension prevails in the area and a large number of police forces have been deployed as a precautionary measure. With the situation under control, the crackdown on the miscreants has started.

A total of 22 people arrested

The police have arrested 22 accused including the main conspirator Ansar. Two of them are minors. Aslam, accused of firing Ansar and pistol, has been produced by the police in Rohini court and has been taken on remand for one day. Information is being gathered about the other conspirators by interrogating them.

Three pistols and five swords have also been recovered from the accused. On Sunday evening, Special Commissioner of Crime Branch Ravindra Yadav visited the spot and took stock of the situation. It is believed that the investigation of the entire case will be handed over to the Crime Branch. North West District DCP Usha Rangnani said that Ansar is the main conspirator of the violence.

Aslam had fired at Meda Lal

According to the police, Aslam, one of the arrested accused, had fired at SI Meda Lal. He worked to spread panic in the procession by firing several pistols. Cases are already registered against him on charges of rioting, assault, threats etc. The pistol used in the crime has been recovered from him.

Ansar had stopped the way of the procession

According to the recorded report, when the procession reached near Jama Masjid in C-block of Jahangirpuri on Saturday evening, Ansar reached there with four or five companions. After this, arguing with the people involved in the procession started stopping the yatra. In no time stone pelting started on the procession. When the policemen accompanying them wanted to stop, the miscreants started firing by pelting stones at them too. In this, SI Meda Lal was injured due to bullet injury in his left hand, while eight other policemen were also injured. A case has been registered against the accused of violence under several other serious sections including inciting riot, breach of peace, attacking the police and obstructing government business.