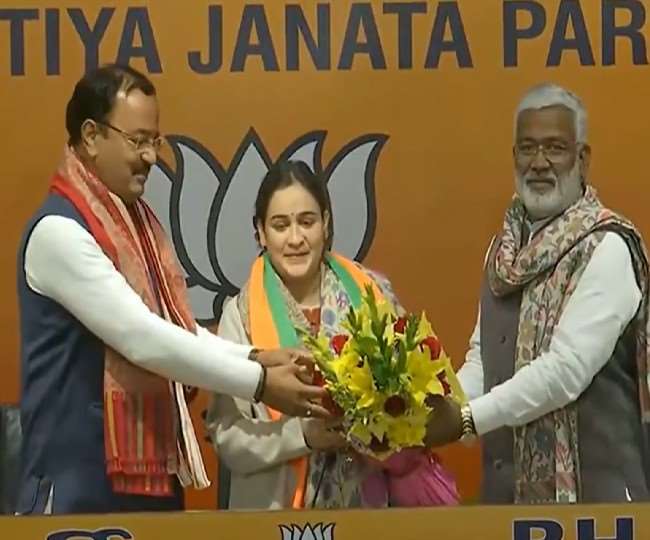 After joining the Bharatiya Janata Party before the 2022 UP assembly elections, Aparna Yadav said that I thank Prime Minister Narendra Modi and National President JP Nadda. I thank Uttar Pradesh BJP President Swatantra Dev Singh, Deputy Chief Minister Keshav Prasad Maurya and Anil Baluni. I was already influenced by the Prime Minister, for me the nation is first. Now I have gone out to worship the nation. Your cooperation is essential in this. I will say that whatever I can do, I will do it to the best of my ability.

Aparna’s joining BJP is being considered important in terms of electoral politics in this era of defection of leaders between the two rival parties of the state, SP and BJP, ahead of the Legislative Assembly elections in Uttar Pradesh. Recently, to compensate for the political loss caused by all the ministers and MLAs of the Yogi government joining the SP, the BJP has made a big burglary in the house of the SP chief. Aparna Yadav had come to Delhi from Lucknow late on Tuesday evening. It is believed that Aparna can be made the party’s candidate from the Bharatiya Janata Party’s Lucknow Cantt seat. She has contested the last election on this seat as a candidate of Samajwadi Party. He was defeated by Rita Bahuguna Joshi of BJP.