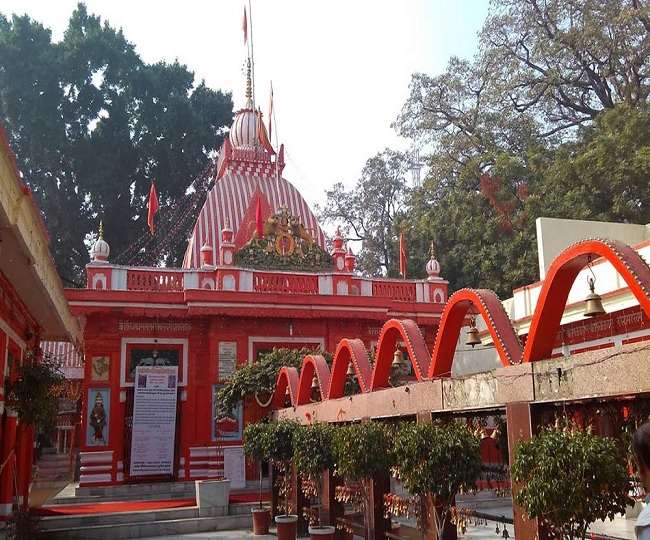 Lucknow. Efforts are also being made to rescue the two accused of serial blasts in many cities of Uttar Pradesh along with Lucknow, the capital of the state. A threatening letter has been sent to the capital’s Purana Hanuman temple by August 14 to release two terrorists of the Al Qaeda-backed organization, who were caught by Uttar Pradesh ATS from Dubbaga in Kakori area of ​​Lucknow.

The sender of this letter by registered post has clearly written that if both the terrorists are not released by August 14, the consequences will be bad. Aliganj Purana Hanuman temple in Lucknow has been threatened with a bomb if the terrorists are not released. The sender of this threatening letter has written his name as Joginder Singh Khadra. The sender of the letter has described himself as a supporter of Jihad. The name of the sender of the registered letter is written Joginder Singh, Khadra Madeeganj. On receiving information about the threat, the crime branch including ATS is engaged in the investigation.

Not only this, the letter also threatened to target some offices of the RSS. The RSS office and senior functionaries of the organization have also been threatened. Anil Tiwari, Chief Administrative Officer of the new Hanuman Mandir, Aliganj in Lucknow, said that after receiving the letter, he has informed the police. Now the police has asked to tighten the security here as well as investigate the matter of the letter. In view of the sensitivity of the matter, the police have been deployed on the spot. Along with this, teams of ATS and Crime Branch have started investigation. The search operation is going on in the temple premises.

From Lucknow, Uttar Pradesh ATS arrested Minhaj and Mashiruddin, active of Al Qaeda’s terrorist model Ansarul Gajwatpal, on July 11. After taking them on remand, some of their associates were also screwed. Now the investigation was handed over to the NIA to get to the bottom of the matter. The Ministry of Home Affairs has given its approval for the case transfer. In Uttar Pradesh, a terrorist organization engaged in the preparation of serial blasts on Independence Day has been tightened. These terrorist organizations were trying to execute a big conspiracy in Uttar Pradesh. After the arrest of terrorists Minhaj and Mashiruddin from Lucknow, the investigating agencies are on alert after many big revelations. The investigation so far has revealed that both the terrorists Minhaj and Masiruddin were human bomb modules of Al Qaeda. They were getting instructions through handlers sitting in Pakistan and Afghanistan.