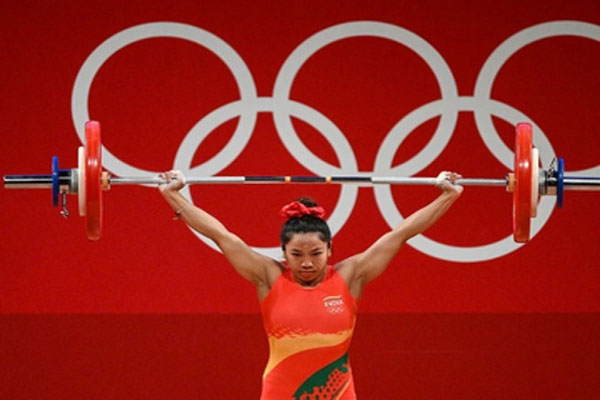 Tokyo. Mirabai Chanu on Saturday gave India its first medal on the second day of the Tokyo Olympics. At the same time, his mother said, I had full faith in my daughter that she would illuminate the name of the country. Let me inform that Mirabai secured second position in 49kg category. On this success, he has received an influx of congratulations from the country. The gold of this event has been won by Jihoi Hou of China.

Hou lifted a total of 210 kg. This includes 94 kg in snatch and 116 kg in clean and jerk. Hou set an Olympic record in this category. Indonesia’s Eisa Windi Chantika won the bronze medal with 194kg. President Ram Nath Kovind and Prime Minister Narendra Modi have congratulated Mirabai on this success.

As soon as Chanu won the medal, the President wrote on his Twitter handle, “Heartfelt congratulations to Mirabai Chanu for starting the medal tally for India at Tokyo Olympics 2020 by winning a silver medal in weightlifting.

Couldn’t have expected off to a happy start, the Prime Minister wrote on his Twitter handle. India is excited. Brilliant performance by Mirabai. Congratulations to him for winning the silver medal in weightlifting. His success inspires every Indian. Apart from this, Union Sports Minister Anurag Thakur has also congratulated Mirabai.