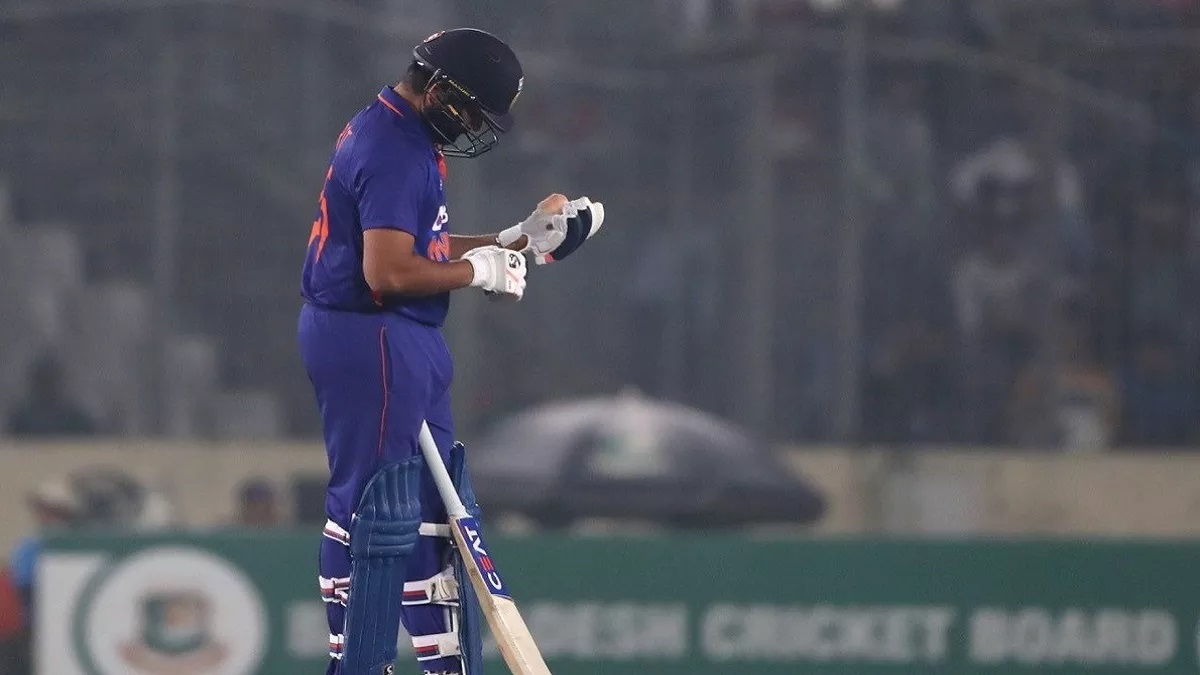 Even Rohit Sharma’s bravery could not prevent India’s defeat, lost the series as well

New Delhi: In the second ODI match played between India and Bangladesh at Sher-e-Bangla National Cricket Stadium, Bangladesh defeated Team India by 5 runs in a thrilling match. Team India had a target of 272 runs to win, but the team was able to score only 266 runs. Rohit Sharma played an inning of 51 runs off 28 balls, but he could not win the team.

Earlier, while batting, Bangladesh set a target of 272 runs in front of India on the basis of Mehdi Hasan Miraj’s century. Mehdi Hasan scored 100 off 87 balls while Mahmudullah scored 77 runs.

Shreyas Iyer played the highest innings of 82 runs for India. He shared an important 107-run partnership for the 5th wicket with Akshar. Later, Rohit Sharma also scored a blistering half-century, but he could not save the team from defeat.

Earlier, chasing the target of 272 runs, the Indian team did not have a good start and Virat Kohli was dismissed for only 7 runs. He was bowled by Ibadat Hussain. Soon India got another blow in the form of Dhawan. He was caught by Mustafizur at the hands of Mehdi Hasan on a personal score of 8 runs. Washington Sundar was dismissed for 11 runs as the third wicket. After that India also lost the wicket of KL Rahul at the score of 65. But first Iyer and Akshar added 107 runs for the 5th wicket and then Rohit’s half-century brought the team back.

Mahmudullah and Miraj shared a 148-run partnership for the 7th wicket for Bangladesh, who lost 6 wickets on a score of 69 runs, and recovered Bangladesh from the initial shock. Hassan played a brilliant century in 87 balls.

Anamul Haque and Liton Das started the innings for Bangladesh, but Mohammad Siraj soon gave India the first breakthrough by dismissing Anamul. He played an inning of 11 runs. As the second wicket, Siraj dismissed Liton Das on a personal score of 7 runs. Shanto was clean bowled by Umran Malik as the third wicket. He scored 21 runs. Shakib got out as the fourth wicket. He was caught by Washington Sundar at the hands of Dhawan on a personal score of 8 runs.

India lost the second series in a row

With this, Bangladesh took an unassailable 2-0 lead in the 3-match series. For the second time in a row, Bangladesh has won the ODI series against India at home. Earlier, when Team India went under the captaincy of Dhoni in 2015, then Team India had to face defeat by 1-2.