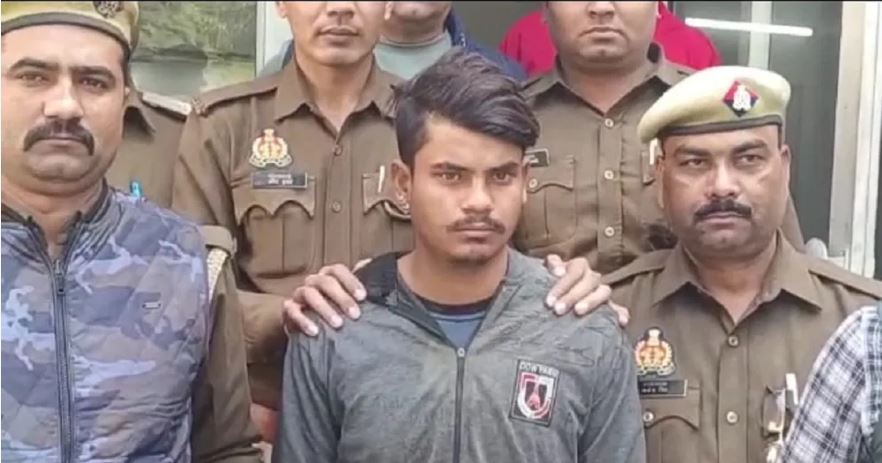 Uttar Pradesh’s Ghaziabad Police has solved the case of kidnapping, rape and murder of a 5-year-old girl on December 1. Police has arrested the accused named Sonu Gupta, who is a resident of Nandgram area of Ghaziabad. In fact, on December 1, a 5-year-old girl was murdered after abducting and raping her from Thana Sahibabad area. Disclosing this, police station Sahibabad said that the police has arrested one accused Sonu Gupta, a resident of Nand Gram police station area, on charges of kidnapping, murder and rape.

Before his arrest, the police had taken the help of CCTV footage, electronic surveillance and their informer to catch him for 5 days. After arresting the accused, the police has revealed that this man named Sonu Gupta wanted to make a schoolgirl his victim, for which he was constantly following her from the school, but he did not get success on the way. So he found this girl playing alone on the way. As soon as he got the opportunity, he kidnapped and raped the innocent girl by taking her to the bushes of City Forest Park and then brutally murdered her and fled.

Police had issued a sketch to nab the accused

After this kidnapping and murder on December 1, the hands of the police remained empty for two days. After which the police gathered information and found that the grandmother of the girl had seen a man taking the girl with her. After which the police took the help of the grandmother and released the sketch of the accused and sought information from the people on seeing the accused, but even after releasing the sketch, the hands of the police were empty.

800 mobile number and after scanning 80 CCTV footage, the accused was caught

Whom he wanted to make a victim, but when he failed to make the schoolgirl a victim, he kidnapped a 5-year-old innocent girl and took her to the city forest and committed a heinous crime with her.