BREAKING NEWS
Home Breaking News Threatened on the phone first, then entered the house and rained bullets on the brothers 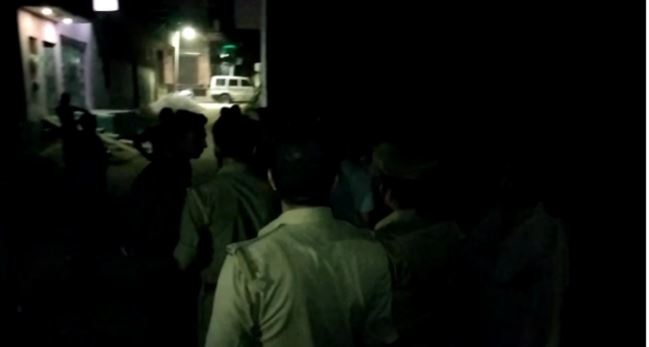 Threatened on the phone first, then entered the house and rained bullets on the brothers

Meerut. In Meerut on Friday night, a youth was murdered in two incidents while two brothers were shot. Two brothers have been shot after entering the house in the summer garden of Lisadi Gate. The mob caught hold of an attacker and beat him to death. His other accomplice fled from the spot. All the three injured have been admitted to the hospital with the help of police. A minor dispute of a collision in the scooty is coming to the fore behind the attack. On the other hand, a young man has been beaten to death in Shahjahan Colony. The deceased has not been identified.

The attackers had entered the house with weapons

Wife Amir Jahan and sons Salman, Shoaib and Taleem were sitting at the house of Shahabuddin, resident of Summer Garden of Lisadi Gate. Then neighbors Imran, Armaan and dumplings along with some of their comrades entered the house with weapons in their hands. Shahabuddin’s sons Salman and Shoaib protested when the attackers entered the house. The attackers opened fire on Shahabuddin’s family. One bullet hit Salman in the stomach. The second bullet has hit Shoaib’s shoulder. Seeing both of them covered in blood, the family members raised an alarm. Then the surrounding crowd surrounded the attackers.

One of the attacking dumplings was caught and beaten up by the mob. The mob thrashed the dumplings and put them on the road. Seeing the opportunity, his other companions ran away. After the information, the police force reached the spot. The injured Salman, Shoaib and the attacking dumplings have been admitted to the hospital. Circle Officer Arvind Chaurasia says that four days ago, Imran and Salman’s bike and scooty electricity fell on the Bamba bypass, due to which there was a dispute between the two. At the same time, Imran had threatened to kill Salman.

Threats were given earlier on the phone

Even after that Imran threatened Salman on the phone. On Friday, Imran entered the house with his accomplices and attacked. Late night, the second incident has happened in Shahjahan Colony, where a young man has been beaten to death in Hanif’s field. Police have taken the body in possession and sent it for post-mortem. The deceased has not been identified. The police is following a mutual dispute as the reason behind the murder.

The attack on Salman and Shoaib seems suspicious as of now. Police is probing the whole matter in detail. The attacking dumplings have also been seriously injured. In the second incident, the body of the youth was found in Shahjahan Colony. Injury marks were found on his body. Police are working to identify the deceased.