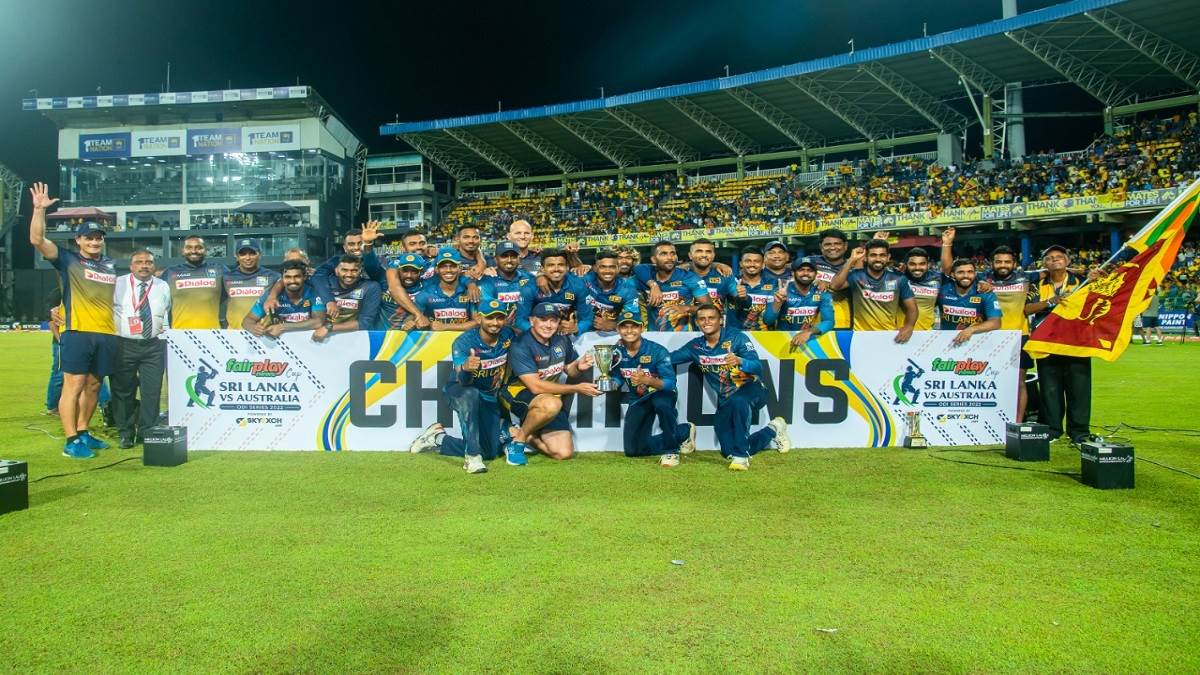 As Australia saved the respect, Australia defeated Sri Lanka by 4 wickets in the last ODI

New Delhi. In the last match of the 5-match series played at Premadasa ground, Australia defeated Sri Lanka by 4 wickets on the basis of 45 runs from Alex Carey and 25 runs from Cameron Green. However, despite the defeat, Sri Lanka has won this 5-match series 3-2. Sri Lanka won the series against Australia on their soil after 30 years. Sri Lanka’s batting was not good in the 5th ODI and the entire team could only score 160 runs in front of the Australian bowlers.

Chamika Karunaratne played the highest innings of 75 runs for Sri Lanka. Apart from him, no batsman could last long in front of the Australian bowlers in this match. For Australia, Jash Hazlewood, Matthew Kuhneman and Pat Cummins took 2 wickets each while Cameron Green and Maxwell took 1-1 wickets.

Although Australia won the match, Australia had to face a lot of difficulties even in achieving the small target of 161 runs. The team was struggling after losing 4 wickets for 50 runs at one point, but first Labuschagne combined with Carey 51 runs for the 5th wicket to get the team back in the match and then later Carey along with Cameron Green gave Australia troubles. In the last ODI, he won by 4 wickets. However, even after this victory, Australia’s team could not save the series and after almost 30 years, it had to face defeat at the hands of Sri Lanka.