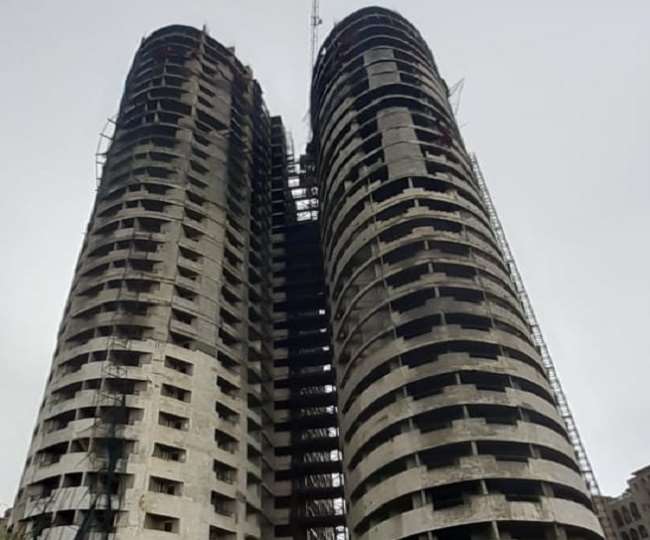 Two towers of 40 floors to be demolished in Supertech Emerald Court project, Supreme Court orders to return money to buyers

Noida. In the Emerald Court case located on the Noida-Greater Noida Expressway, the Supreme Court on Tuesday ordered the demolition of both the 40-storey towers. During the hearing, the court has even said that the Noida Authority’s lawyer was in connivance with the builder. In fact, in 2014, the Allahabad High Court had ordered the demolition of the Twin Towers of the Emerald Court, which was stayed by the Supreme Court on the builder’s petition. While hearing earlier, the Supreme Court had reserved the decision while reprimanding the Noida Authority. In such a situation, whether the approval given for the construction by the Noida Authority was legal or not. It has to be checked whether the height of the towers which was increased from 73 meters to 120 meters is valid or not.

Let us inform here that more than 950 flats were to be built in both the towers of Supertech. The construction of the 32nd floor was completed when the order to demolish the tower came in 2014 on a petition by the residents of Emerald Court Housing Society. 633 people had booked flats, out of which 248 have taken refunds. At the same time, 133 shifted to other projects, but 252 have still invested.

The court termed the Noida Authority’s actions as a ‘surprising act of power’. Not only this, when flat buyers asked you to disclose the building plans of two towers, Apex and Cyan, you asked Supertech and the company refused to do so after objecting. You gave this information only after the order of Allahabad High Court. It’s not like you’re like Supertech, you’ve got acquainted with them.

Supertech had also argued that the Emerald manufacturing started in 2009. Home buyers went after 2012 instead of going to court at that time. What were they doing for three years? Negotiation? The company cited other housing projects in Noida that had a gap of 6 to 9 meters between their towers, while the distance between its twin towers was 9.88 metres.

Tower No-17 was constructed in a green area. A change in the original plan required the consent of the flat buyers, but in this case the 40-storey tower was erected without their consent. Also, the rule of distance between two towers has not been followed, whereas in the case of prior permission from the flat buyer, the builder said that there was no registered RWA at the time when this plan was executed, so his It was not possible to get consent from all the buyers.

Green area shown in the brochure

Tags: Court projectdemolished in Supertech EmeraldTwo towers of 40 floors to be