BREAKING NEWS
Home Breaking News BJP’s special eye on the farmers’ movement, what is the meaning of “whose Jats, his chic” read full news 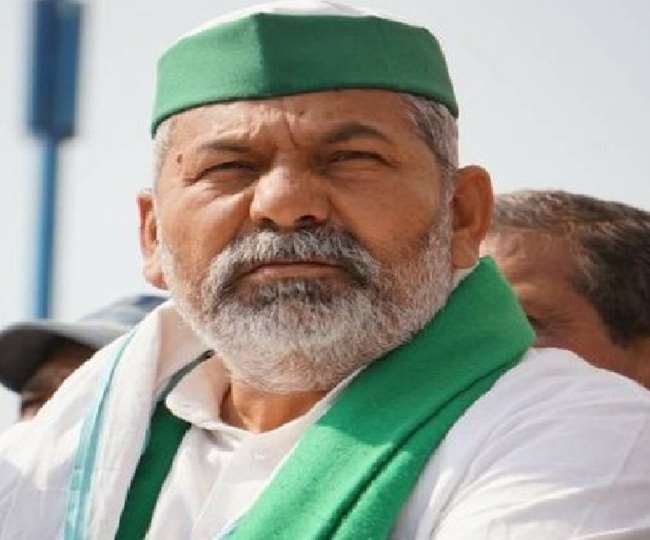 BJP’s special eye on the farmers’ movement, what is the meaning of “whose Jats, his chic” read full news

Why all the eyes of all parties on Jat voters:

Although the population of Jats in the whole of UP is around 6 to 8 percent, but in western Uttar Pradesh, Jats are more than 17 percent. Particularly Saharanpur, Kairana, Muzaffarnagar, Meerut, Baghpat, Bijnor, Ghaziabad, Moradabad, Sambhal, Amroha, Bulandshahr, Hathras, Aligarh, Nagina, Fatehpur Sikri and Firozabad have a significant Jats population. The number of Gujjars is also to a large extent in these districts, but Jats are a little more. In such a situation, for the upcoming Uttar Pradesh assembly elections 2022, all the parties have increased the activity regarding Jat votes, especially the ruling Bharatiya Janata Party.

In fact, on the coming June 26, the farmers’ agitation against the three central agricultural laws is going to be seven months long. Meanwhile, the BJP is also keeping an eye on the farmers’ movement on the Ghazipur border demanding complete withdrawal of all three agricultural laws. Particularly, BJP has a special eye on BKU’s national spokesperson Naresh Tikait, because he is leading the farmers’ movement in Uttar Pradesh. Apart from being a farmer leader, Rakesh Tikait is also from the Jat community. Rakesh Tikait, confined to only a few states of North India, is currently being seen as a big leader of the farmers. His influence is at least among the farmers of western UP. In such a situation, in the election of District Panchayat President being held in UP, BJP has taken special care in the selection of candidates keeping in view the Jat votes. Due to this, the BJP wants to fully integrate the Jats with itself in the next year’s UP assembly elections 2022 as well, because in the 2017 assembly elections, Jats had voted for the BJP in large numbers.

The BJP is conscious about the farmers’ agitation going on for the last six and a half months. In the election of district panchayat president, Jat candidates have come in most of the seats in western UP. Even in Gujjar-dominated Gautam Buddha Nagar, the BJP has played bets on the Jat leader. Apart from this, in all the seats where Jat candidates have been brought. Their aim is to show to the Jats that BJP is with Jats and a lot of politics is being done on the farmer issue. BJP is targeting BKU leader Rakesh Tikait on the pretext that he is a pawn of the opposition parties, just that he has nothing to do with the interests of the farmer.

In order to woo the Jats in western UP, BJP has bet on Amit Chaudhary in the election of District Panchayat President from Gautam Budh Nagar. Despite the fact that Gautam Budhnagar is a Gujjar dominated area and the population of Jats is only around 20 thousand, Amit Chaudhary belongs to the Jat community. The BJP is confident that by doing this, the resentment of the Jats with the BJP can be reduced to some extent. Recently, BJP’s West UP regional president Mohit Beniwal held a meeting with the district unit and newly appointed district panchayat members and their mind was palpable. Despite opposition from Gujjars, Amit Chaudhary’s name was finally decided.

In most of the districts of western Uttar Pradesh, the BJP has fielded only Jat candidates:

It is said that in order to please the Jats due to this farmers’ movement, BJP has fielded candidates from the Jat community in most of the districts of western UP. Among them Amit Chaudhary from Gautam Budh Nagar, Dr. Antul Tewatia from Bulandshahr, Virendra Nirwal from Muzaffarnagar and Gaurav Chaudhary from Meerut are in the fray. The name of the candidate from Saharanpur has not been declared yet. Here too, there is a vigorous competition for the post of president among the members of the Zilla Panchayat of Jat and Gurjar fraternity.

Western Uttar Pradesh is considered to be dominated by Jat and Gurjar:

The BJP has fielded Mamta Tyagi from Ghaziabad and Pramod Nagar from Hapur. It is a different matter that Gujjar and Dalit communities are also in large numbers here, despite this West UP is considered to be Jat and Gurjar dominated, but BJP has fielded a candidate of Gurjar fraternity only from Hapur district. Due to this, the BJP fears that the Gujjar community may get angry with the party by getting just one seat in western UP. The same BJP has left no stone unturned to please the Jats.

It is noteworthy that the elections for the 17th Legislative Assembly of UP were held from February 11 to March 8, 2017 in a total of 7 phases. About 61% turnout was recorded in these elections. In this election, making a comeback after two decades, the BJP won 312 seats and got a three-fourth majority. On the other hand, the ruling SP alliance had to be satisfied with 54 seats and the BSP with 19 seats. The Uttar Pradesh assembly elections are to be held in 2022 before March next year.

Farmers movement is in discussion in the midst of elections:

Farmers’ unions, agitating against the three central agricultural laws of the central government, have announced on Friday that they are going to stage a sit-in at Raj Bhavans across the country on June 26, on the completion of seven months of their agitation. Talking to reporters, the United Kisan Morcha has said that they will show black flags during their protest on June 26 and will also send a memorandum to President Ram Nath Kovind.

Prominent leader of United Kisan Morcha Shri Inderjit Singh has told that this day will be celebrated as “Save Agriculture, Save Democracy Day”. On this day we will show black flags at Raj Bhavans and through the Governor of each state we will register a protest by giving a memorandum to the President. Our agitation on June 26 against the three agricultural laws of the Center is completing seven months.