Home Breaking News Raju said to the police – drank alcohol in the form of Prasad, heard the full confession here 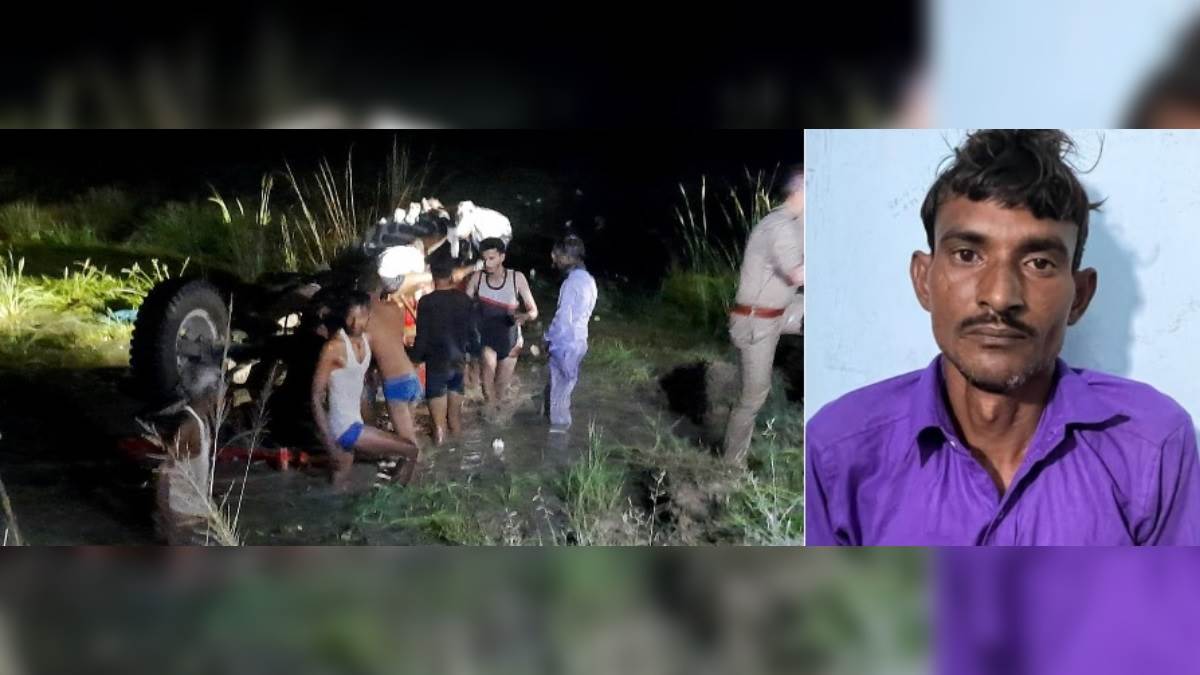 Raju said to the police – drank alcohol in the form of Prasad, heard the full confession here

Kanpur. The accused tractor driver Raju has been arrested by the police in connection with the death of 26 people due to overturning of tractor-trolley between Sadh and Gambhirpur village on Saturday. Police claim that he was hiding on the banks of the canal only in a half. The driver told the police that he had drunk three times along the way. He was heavily intoxicated when the accident happened.

This was the incident

On October 1, Abhi, son of Raju Nishad, a resident of Kortha village, was shaved. Raju went to Chandika Devi’s temple at Unnao-Fatehpur border with a tractor. About 50 women and children of the village were in the trolley. While returning, the tractor-trolley overturned in a water-filled khanti. 26 people died in the accident. The injured Preeti had told that other men, including the tractor driver, had consumed alcohol, due to which the accident happened. On Preeti’s complaint, the police had filed a report against the driver Raju, Prahlad, Ramshankar and Gauri Kakra village resident Bane under sections of culpable homicide not amounting to murder, negligent driving, etc.

When the accused tractor driver Raju was arrested by the police, he confessed to drinking alcohol. The accused told that he drank alcohol thrice during his departure and arrival from Keertha to Chandika Devi. Not only this, it is accepted to drink alcohol in the form of prasad in the Mundan ceremony. The accused also told that while returning, he had taken a bottle of liquor near Saadh crossroads. In which both the people drank half and half. After that he drove the tractor. Due to which the people of 26 families have drowned in the cheeks of Kaal.

How did the accident happen… not know

Tractor driver Raju told the police that he was highly intoxicated. While going from Kortha to Chandika Devi temple in Unnao and returning from there, he drank alcohol thrice from him. While visiting Chandika Devi for the first time. After that, near Chandika temple, drink alcohol after being shaved. While returning home, he again bought a bottle of wine in half a century, in which he himself drank half the bottle alone. How did the accident happen after that, he did not even know?

The tractor driver Raju, who was responsible for 26 deaths, is absconding for four days. Saad Inspector Dharmendra Singh said that the accused Raju has been arrested on Wednesday night from the side of the Defense Corridor canal being built in Saadh. Now the question arises that how the accused is hiding under the same police station for four days after the incident.