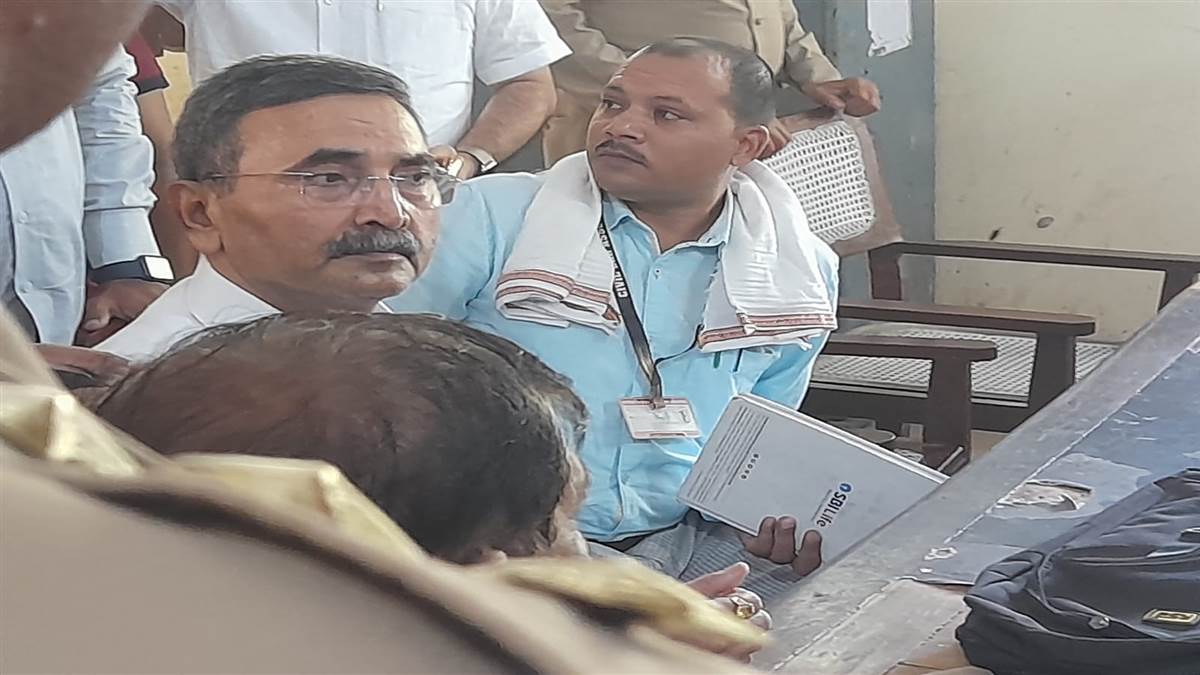 Usri Chatti murder case: Brijesh Singh could not be cross-examined, got next date

Ghazipur. The nearly two-decade-old gang war incident in the district became fresh on Tuesday morning when Brijesh Singh appeared in the MP-MLA court. That period of the incident got fresh in the minds of the people when Brijesh Singh’s steps fell in the court premises. In connection with this famous matter of the state, the security system was beefed up in the court premises with strict vigil. Everywhere, the eyes of the guarded and alert Khaki were on. By noon, there was a very hectic atmosphere in the campus.

Court gave new date: Brijesh Singh, accused of this famous Usri Chatti incident in Ghazipur district, appeared in the court of MP-MLA on Tuesday amid heavy security arrangements. During this, due to the presiding officer of the court being on leave, the matter could not be heard and the next date was fixed on August 29. During this, a large number of police forces were also present in the court premises regarding security.

This was the incident: On July 15, 2001, Mukhtar Ansari was going to his constituency Mau. Meanwhile, at around 12.30 pm, the attackers who had already ambushed their convoy on Usri Chatti started firing with automatic weapons. In this, Mukhtar Ansari’s gunner was killed on the spot. One person was also killed on the side of the attacking side. During this time, our companions who were accompanying Mukhtar Ansari were also injured. In this case, Mukhtar Ansari had filed a case against 15 unknowns, naming Brijesh Singh and Tribhuvan Singh.

Action after investigation: In this case, after investigation, the police sent a charge sheet against four people. Out of this, two accused died during the trial of the case. In this case, Brijesh Singh had to appear in the court on Tuesday. During this, in view of the security, along with the Kotwali police, the police of the nearby police stations and a platoon PAC personnel were deployed. The court complex was barricaded from all sides. Police personnel were deployed at every intersection of the city for security reasons.