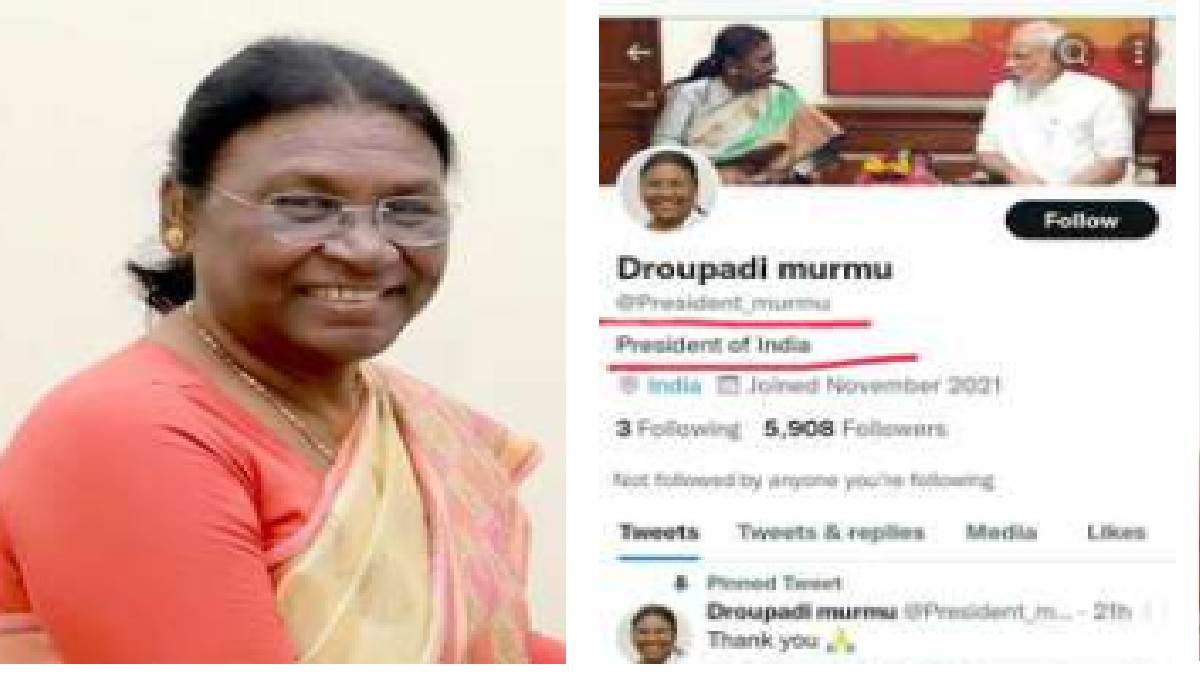 Rampur. Draupadi Murmu has been nominated by the NDA for the post of President. Even before becoming the President, someone made a fake Twitter account in his name. Along with it, President Murmu and President of India have also been written. A photo has also been put on his Twitter wall with the Prime Minister. After the matter came to the notice of the top police officers, the police started investigation.

The complaint about the President’s fake Twitter account has been made on behalf of RTI activist Danish Khan, resident of Model Colony of Civil Lines police station area of ​​Rampur. He has sent a screen short of a fake account made in the name of the President on the Twitter account of DGP to ADG Bareilly and SP Rampur. Along with this, it is written while complaining that only the nomination has been filed. Presently the President is Ram Nath Kovind. Please tell whether it is appropriate to declare myself as the President of India on Twitter account even before the election? Is this a fake account? I am a responsible citizen as well as a social worker. I doubt this account. In the interest of national security, I demand an inquiry into it. In this regard, Rampur Superintendent of Police Ashok Kumar said that the account is being investigated. Cyber ​​cell is investigating. Action will be taken against whoever is responsible for this.

Nomination done today: Draupadi Murmu has filed nomination for the post of President on behalf of the BJP Alliance (NDA). BJP National President JP Nadda was also present along with Prime Minister Narendra Modi during his nomination. On behalf of the opposition, former Union Minister Yashwant Sinha has been made a candidate. President Ram Nath Kovind’s term ends on July 24. On July 25, the country will get a new President.