BREAKING NEWS
Home Breaking News Kiara Advani shared some special glimpses of the vacation, wearing a bikini, the beach did this work 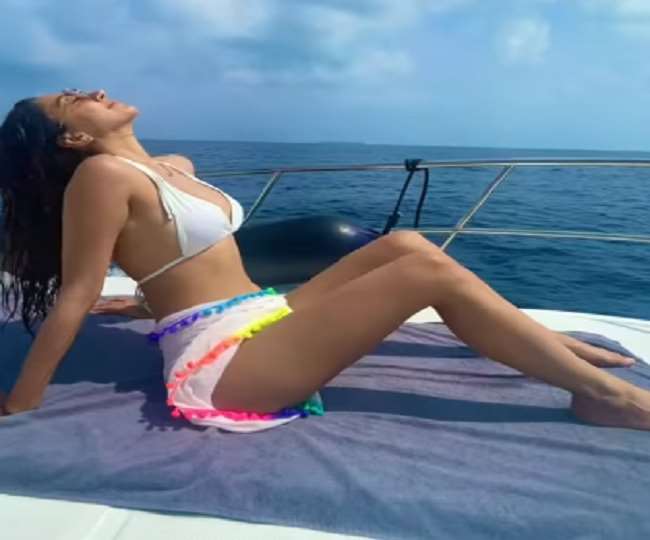 Kiara Advani shared some special glimpses of the vacation, wearing a bikini, the beach did this work

New Delhi. Bollywood actress Kiara Advani is in discussions these days for dating actor Siddharth Malhotra for a long time. Kiara and Sidharth are often seen hanging out, partying and spending time together. Meanwhile, the actress has shared a video of her vacation on her social media handle on Tuesday, in which she is seen chilling.

Kiara has shared this video on her Instagram. It can be seen in the video that Kiara is running on the beach in Two Piece. Also, the actress is seen posing in different styles in the video. Fans are very fond of this video of Kiara on Instagram.

More than 6 lakh people have liked the video so far (till the writing of the news) and are commenting on the look of the actress. Recently, she shared a picture with fans on Instagram, in which she is seen posing in the swimming pool while facing the shining sun.

If we talk about her workfront, then she will soon be seen in the horror comedy film directed by Anees Bazmee. Kiara Advani is going to be seen opposite actor Kartik Aaryan in this film. The film is a sequel to the 2007 film Bhool Bhulaiyaa starring Akshay Kumar and Vidya Balan. Made under the banner of Bhushan Kumar’s T-Series, the release date of this film has been postponed several times. Now this film will be released in theaters on March 25, 2022.

Apart from this, the actress is going to be seen in Raj Mehta’s film Jug Jug Jiyon with actor Varun Dhawan. The film is scheduled to release in theaters on June 24, 2022.