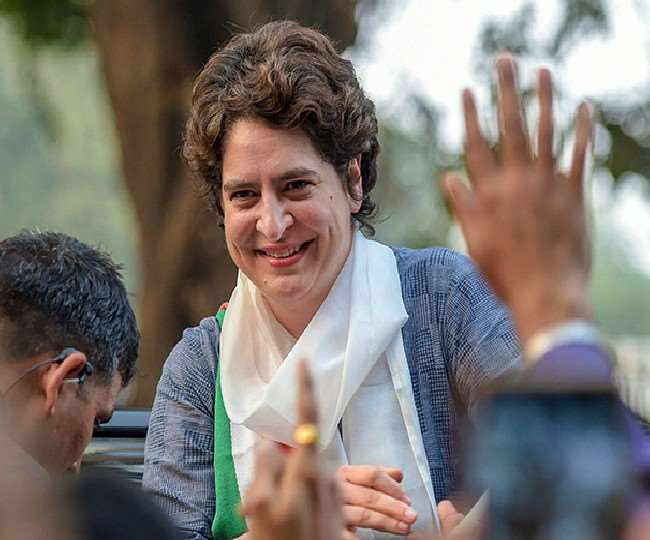 Priyanka Gandhi in Lucknow for five days from today, know the full schedule

Priyanka Gandhi: Priyanka Vadra, the national general secretary of Congress and in-charge of Uttar Pradesh, is coming to Lucknow on Monday on a five-day stay. She will hold a detailed discussion with the State Congress Committee regarding the Congress’s ‘Pratigya Yatra’ and her public meetings in various cities of the state. She will carry forward the party’s election preparations while trying to quell the discontent within the organisation.

There is no reason for Priyanka Vadra to come back to Lucknow after a gap of almost two weeks in a month. After staying in Lucknow and Rae Bareli in the same month, she went back to Delhi on 13th September. The last time she went from Lucknow, the Congress was preparing to take out the ‘Pratigya Yatra’ from September 20-21. Priyanka’s public meetings were planned in Meerut on 29 September and in Varanasi and Agra in the first week of October.

Discontent and turmoil in the state organization of Congress is not taking its name to stop. Laliteshpati Tripathi, former MLA of Mirzapur’s Madihan seat and vice-president of state Congress, also resigned from the party membership after Jitin Prasada left the Congress and joined the BJP. Therefore, the party is now preparing to start the process of Pratigya Yatra and Priyanka Vadra’s public meetings in Navratri after Pitrupaksha.

It is believed that during her stay in Lucknow, Priyanka will try to overcome the strife within the Congress organization. During her stay in Lucknow, she can also talk to the old office bearers of the Pradesh Congress Committee. Finalizing the preparations for the Congress’ election campaign will also be the purpose of his stay in Lucknow. Not only will she try to give the final touch to the plan of Congress’s ‘Pratigya Yatra’, but with this she will decide the nature of her series of public meetings in different cities of the state. She will also brainstorm with the organization and advisors on the preliminary list of Congress candidates for the assembly elections. She will also review the progress of the party’s training and organization creation programme.