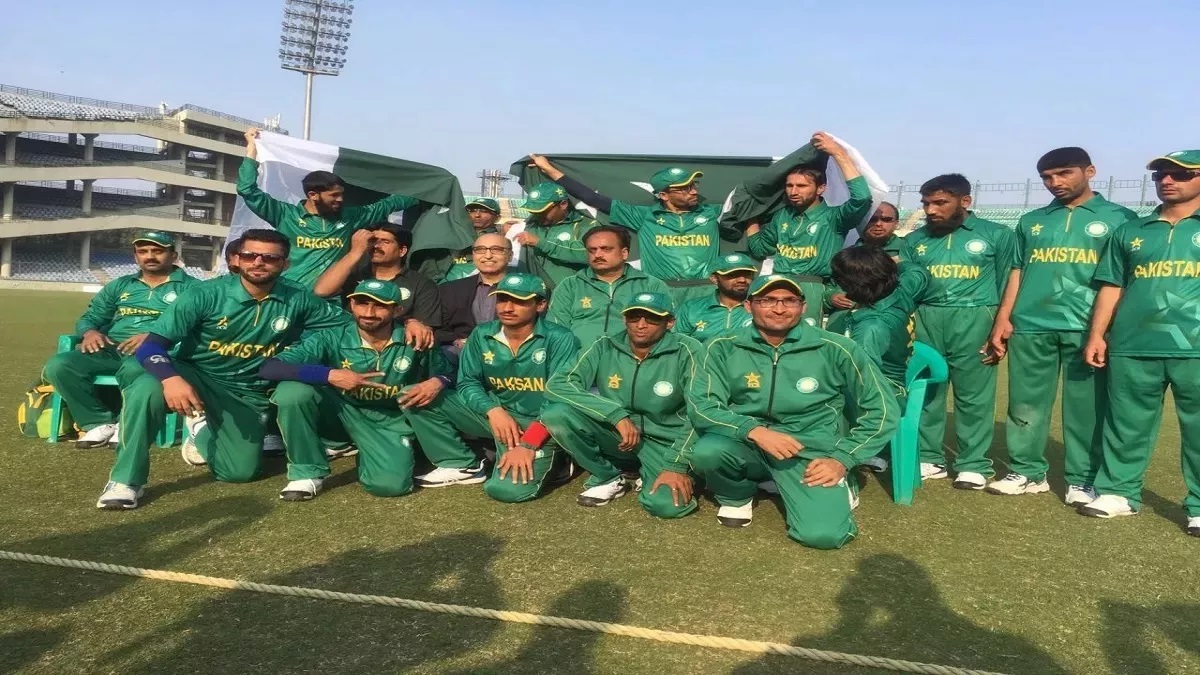 Pakistan can give competition to Indian team: PCB

Earlier, the Pakistan Blind Cricket Council (PBCC) had claimed that the team had not received visa permission from the Indian Ministry of External Affairs. The PBCC had said, “This unfortunate incident has left Pakistan’s blind cricket team in limbo.” There was every possibility that the final of the current World Cup would be between India and Pakistan and going by the current form, there was a strong possibility of Pakistan winning the title.

The Blind Cricket Association of India had appealed to its government to grant visas to Pakistani players but no one listened. This discriminatory action will have serious consequences for World Blind Cricket as we demand them to take strict action against India so that India is not allowed to host international events in future.’

India made a winning start to the third Blind T20 World Cup by defeating Nepal by a huge margin of 274 runs in their first match played here on Tuesday. Deepak Malik (113 not out) and Sunil Ramesh (106) were instrumental in India’s victory. Indian team captain Ajay Kumar Reddy decided to bat after winning the toss and the team scored 382 runs for two wickets in 20 overs. In response, Nepal’s team could only manage 108 runs for nine wickets in the stipulated over. None of the Nepalese batsmen could stand in front of the Indian bowlers. The pair of Sunil Ramesh and Deepak Malik did wonders here too. Sunil took two and Deepak took three wickets.

Earlier, Sunil dominated the Nepal bowlers from the start of the match. Ajay Kumar could not support him for long and got out for 25 runs. Due to leg strain, Sunil retired and returned to the pavilion. After this, D.Venkatesh, who came to bat, scored an unbeaten 67 runs. This is the highest score ever in the Blind T20 World Cup.