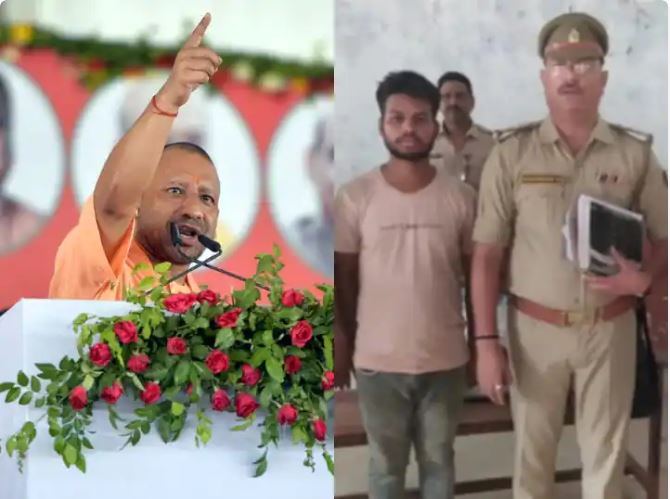 The Gorakhpur Police has arrested the accused who threatened to blow up Chief Minister Yogi Adityanath with a bomb before the UP elections. The accused Sonu, who was lodged in another case in Agra Jail for the last one month, was arrested under Cantt Police Warrant ‘B’ of Gorakhpur and presented in the court. From where he was sent to Gorakhpur jail. The threatening accused is a resident of Ahmedpur in Sirsaganj police station area of ​​Firozabad and is a leader of Bhim Army. Sonu has been running a Twitter account in the name of ‘Lady Don’. With this account, he had threatened to blow up CM Yogi with a bomb.

During the UP assembly elections, on 4 February 2022, a Twitter handle named Lady Don threatened to blow up CM Yogi with a bomb. UP Police was blown away by this threat received by CM Yogi before the elections. The police tried hard to find the accused but he could not be traced. While tracing the Lady Don Twitter handle, the Gorakhpur police reached the accused Sonu. Sonu was lodged in Agra Jail for a month, after which the Cantt Police of Gorakhpur arrested him under Warrant ‘B’ and brought him to Gorkhupar. He was sent to jail after being produced in the court here.

Sonu is a resident of Ahmedpur in Sirsaganj police station area of ​​Firozabad. It is being told that he is the leader of Bhim Army. Gorakhpur Police is speculating that because of Bhim Army Chief Chandrashekhar contesting from Gorakhpur, the accused had threatened to blow up CM Yogi with a bomb with a Twitter handle named Lady Don. However, the police took the matter seriously and registered a case against the accused at the Cantt police station.

CM Yogi was threatened with bomb

Before the assembly elections, CM Yogi was threatened with a Twitter handle named Lady Don. The biggest thing is that the tweeter had tagged Hapur police. Threats were also given to bomb blasts in Meerut and Lucknow from this account. After these threats, the surveillance team was engaged in the investigation of the matter. It was written in this tweet made during the election that Owaisi is a pawn, the real target is Yogi Adityanath. RDX will attack the vehicles of BJP leaders, put your team. Don’t look Delhi.